Did Turner Write This Music?

My Landscapes composition was inspired by JMW Turner in more than one way: for one of the short movements of the piece I took the above flute solo which is located in Tabley No. 2 (1808, C1V page 52a) and developed it into a flute and piano duet.

There are a wide selection of possibilities for the authorship of this piece and I would love for it to have been composed by JMW Turner himself. At the time it was written, in 1808, Turner had been studying the flute for perhaps one year. There is in fact little information documenting his musical interests but as a flute teacher myself, I have estimated that a student of 12-18 months could play a piece of this standard.

Of the available information about Turner and music, namely Ann Livermore’s Turner and Music essay and descriptions by David Blayney Brown in the online archive on the Tate website, there are inaccuracies regarding the purpose and content of notated samples.

For example: on the opposite page to the above piece (Tabley No. 2 1808 page 53) the enharmonic scale is written out. Livermore says: “the enharmonic scale is carefully written out from D# above middle C to higher F#, and underneath these he sets out complementary chords”. These ‘complementary chords’ are in fact flute finger positions provided by many teachers for learner students.

Similarly, on pages 85 and 85a of Tabley No. 2 there are two pages listed as “Ruled for music”. These pages are in fact ruled for flute finger positions: standard musical notation contains five-lined staves whereas flute finger guides – commonly known as ‘flute fingerings’ can be easily written onto a six-lined grid.

If we move to Tabley No. 3, page 81 details ‘Gamut for the Flute’. The word Gamut refers to the scale or range of the flute. This scale, which utilises the lower register of the flute is again indicative of a beginner flautist of perhaps modern day grade 1 standard, as are the addition of note name above each corresponding note.

Moving back to the issue of authorship, there are two possibilities: this music was either written by JMW Turner or his teacher. The handwriting above each note is consistent with Turner’s handwriting. These notes also appear to be written by a right handed person which again correlates with Turner’s right-handedness. But, there is something about how deftly written the notes are, and the complicated mordent at the start of the first image which makes me think this may have been written by his teacher.

I met with Tim Whitehead for lunch on my visit to Tate Britain. Tim was the galleries artists in residence during 2009 and like myself, he composed in response to JMW Turner. After inspecting the pages with me he said he felt that Turner did not write these samples.

Myself, I am now unsure. I wanted this to be the music of Turner’s hand but even if this were true there is no guarantee that it was the music of his mind which he composed himself. It may even be an little-known song from the period in which it was written.

Either way, I am certain that Turner played this piece on his flute. Developing it into something ‘more’ and exploring its origins has been an interesting experience. These few pages contain a lot of information about Turner as a student musician and I have been lucky to have the privilege to see and touch the pages he wants touched and played from. 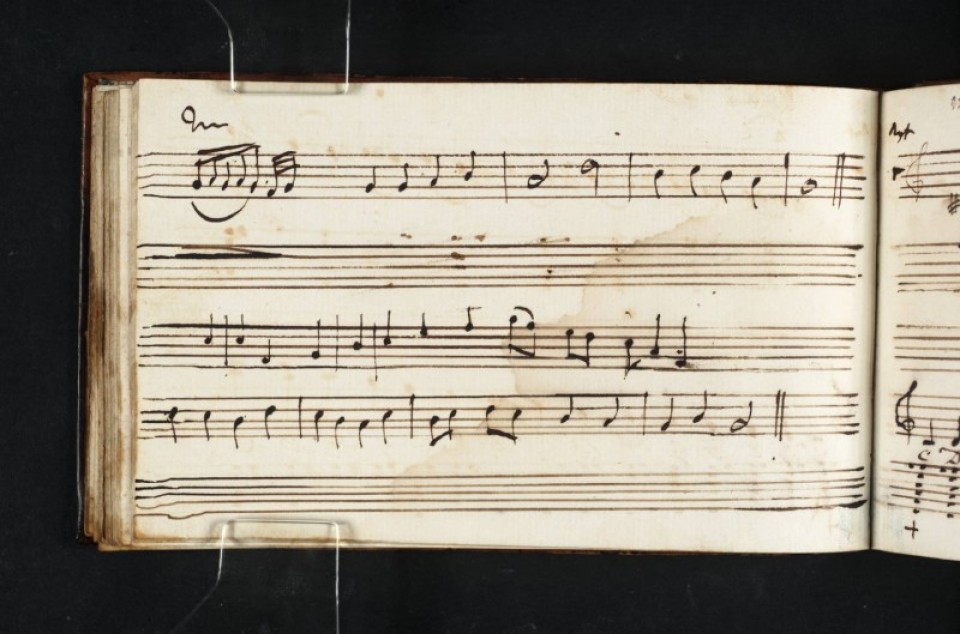 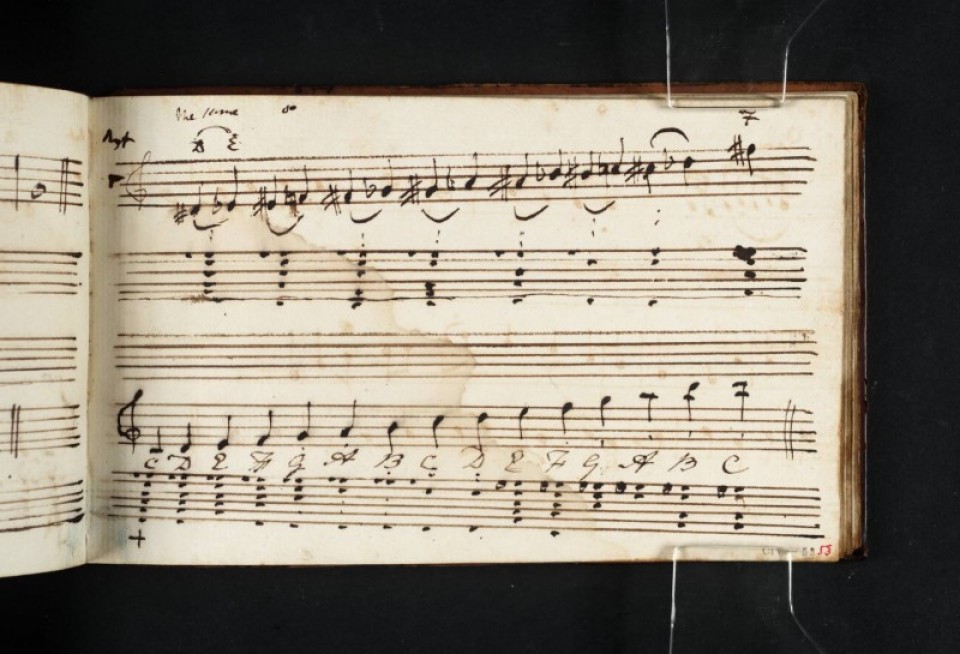 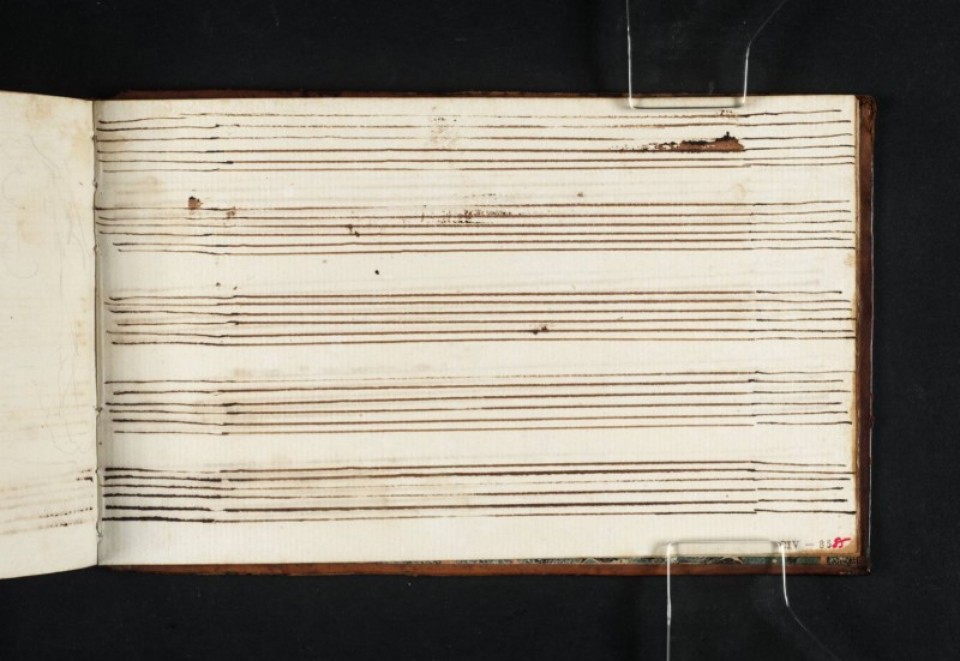 One response to “Did Turner Write This Music?”